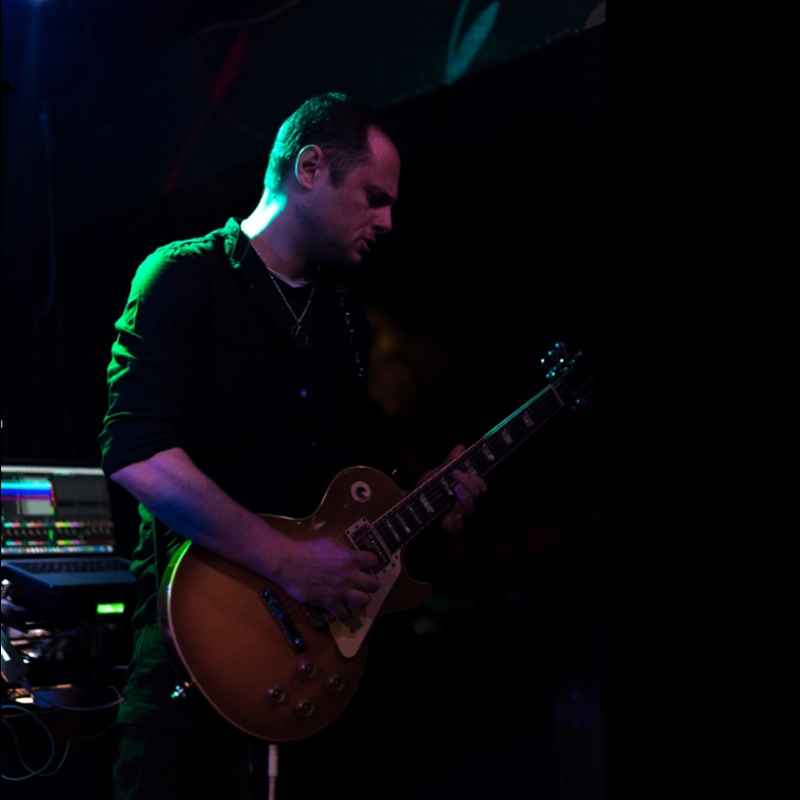 John Chatzidimos began his musical studies at the age of six at the Contemporary Conservatory of Thessaloniki, initially with Music Training and Music Theory. His teacher was Gilles Gouldier with whom he started flute lessons which he continued until the age of 14 when with teacher George Hatzi (Buena Ventura, Banda Latinico) he started learning guitar, which won him over.

From 1998 he started his appearances in many music stages in the city, with various bands and participating in music groups, thus gaining 21 years of experience (Parrot with The Mojo and En Lefko from 1998 to 2007, Mama’s Band – Eva Vassiliadou, Old School etc.). In 2014 he co-founded the band Hand Of Fate, which he maintains to this day. The band’s album entitled Messengers Of Hope was released in 2017, with him composing and orchestrating the tracks of the album while he was also a co-producer, together with Manos Tselepis.

He is actively involved in the band Zoao Afroso and the Music Oxygen, which moves on Afrobeat, Disco, Funk and Reggae tracks.

He is the administrator of the page https://www.facebook.com/JohnKadz/, in which he publishes his own creations.

In addition to music, he is a graduate of the Department of Agronomy and Surveying Engineering of the Aristotle University of Thessaloniki, with a Master’s degree in Photogrammetry and has been working as a freelance engineer since 2001.