The newly established publisher AMS – Dimiourgon Odeio is dynamically presented in the field of publishing with the educational book Solfege for Theories A ‘, B’ and C ‘. The book contains exercises for all three years of Rhythmic Solfege Theory. There are a total of thirty exercises of which the first ten refer to the first year of Theory, the next ten to the second year of Theory and the last ten to the third year. Each exercise includes three different types of exercises, the G.A.F. Speed ​​Reader , the rhythmic Do-Re-Mi, the rhythmic with keys. At the end of the book there are 45 two-part exercises, divided into three years of Theory. Rhythmic Solfege A ‘, B’ and C ‘Theory is a book that introduces the reader to the world of music Theory in a simple and, at the same time, analytical way. 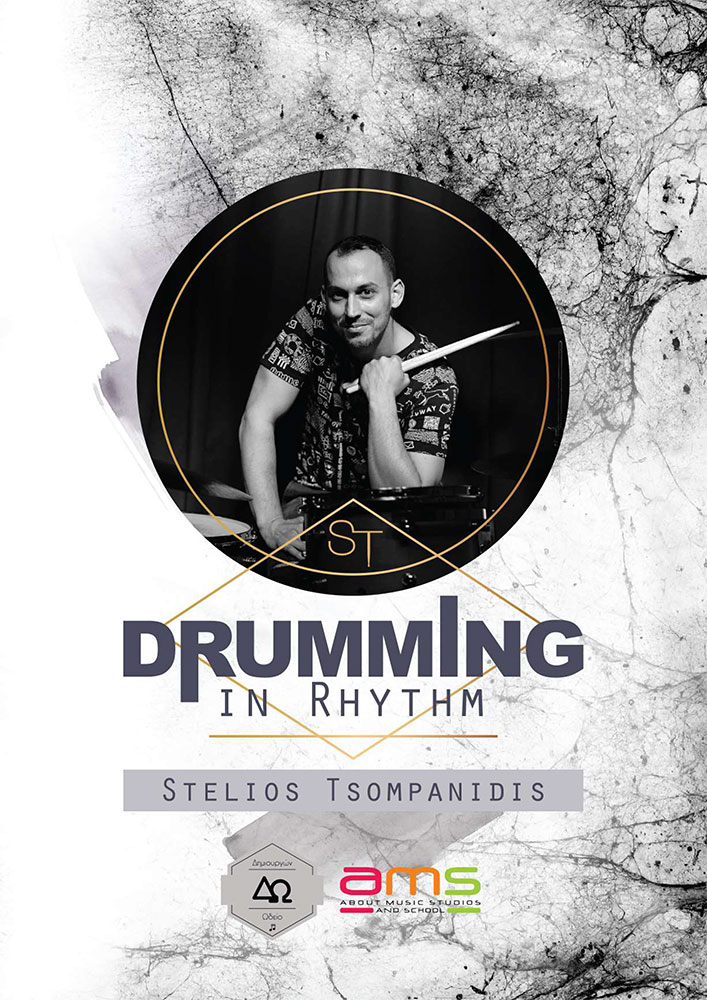 The book Drumming in Rhythm is an educational book for drummers that guides
the player of the instrument in a methodical and detailed way on how to improve his technique
and his speed. Through explanatory exercises the reader learns playing techniques
as well as the synchronizing of the limbs (arms and legs). Το Drumming in
Drumming in Rhythm is a book that will make you understand in depth the instrument of drums
and is intended to help a beginner drummer ,and not only, to play groovesand
brakes in different styles with comfort and confidence.

Your cart is empty!

Find out more about our tuition fees and try your first music lesson at our music school.

Follow the links in the menu below if you are interested in music lessons for other percussion instruments.