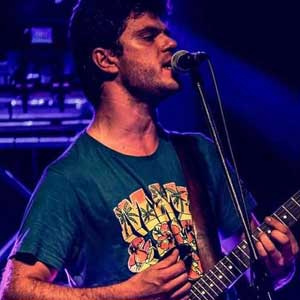 Thanasis Vamvakoudis was born and raised in Thessaloniki.

He started his musical studies on the electric guitar at the age of 6. He has attended electric guitar, improvisation and composition seminarswith Scott Henderson, Phil Braithwaite,Christopher Hobbs,Marcus Cornall,John Habron και Julian Hellaby. As a session guitarist he has collaborated with well-known bands from Thessaloniki in the style of jazz, rock, alternative, reggae and fusion. For the last 10 years he has been collaborating on a permanent basis with Soul Fire with whom he has appeared at important music festivals in Greece and abroad. Their last appearance was at the Reggae Sun Jam in Cyprus in August 2019

His love for music composition led him to England in 2008 where he studied Music Composition and Professional Practice at Coventry University. As a composer he has written music for short films and commercials.