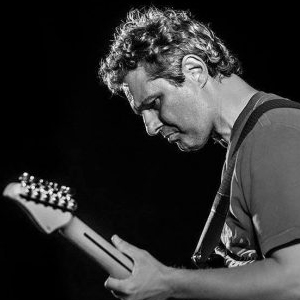 Sakis Zachariadis was born in Thessaloniki and started taking guitar lessons at an early age.

In his first professional steps he was fortunate enough to collaborate with some of the best musicians in the country such as Kiourtzoglou, Kapilidis, other well-known Pop & Rock bands such as the Mple.

Some of the most memorable moments along the way are:

He has also collaborated with: