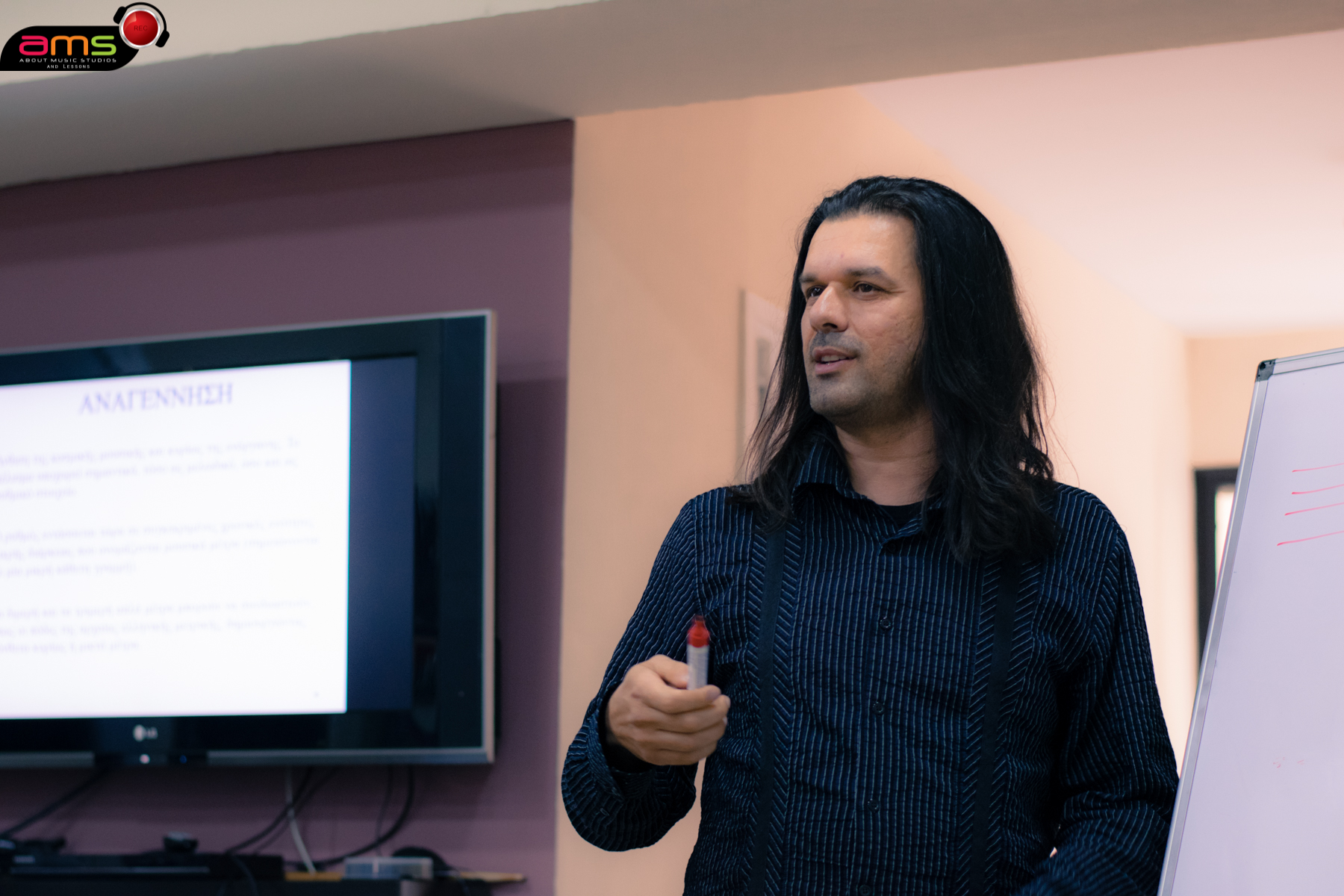 He graduated from the Department of Music Studies of the Aristotle University of Thessaloniki in 2008. He studied at OBE (Conservatory of Northern Greece) advanced theory and Composition (excellent unanimously). He received a degree in Organizing from the New Conservatory of Thessaloniki and took conducting lessons with the Conductor Karolos Trikolidis (letter of recommendation).

He holds the position of Chief Musician and Conductor in the Philharmonic Orchestra of the Municipality of Paionia and in the choir of “Saint Raphael “of Meteora, Thessaloniki since 2009. He is the conductor of the two small symphony orchestras’ ‘ New Generation “and” Mozartakia “of OBE (Conservatory of Northern Greece) since 2013 and of the large symphonic orchestra of OBE since 2019.

He has been the artistic director of the Dimiourgon Odeio-AMS (About Music Studios and Lessons) since 2017 and of the Municipal Conservatory of Paionia in Kilkis since 2020. He is in charge of the music department at the Cultural Association of Lagyna from 2017 until today.

He teaches at the – AMS Music school and at the Conservatory of Northern Greece advanced theory, harmony, counterpoint, fugue, composition, organization, orchestration, conducting and has worked in primary and secondary education as an associate professor of music.

He was a conductor in the jazz symphonic orchestra of Northern Greece from 2013 to 2016 and chief musician in the Philharmonic Orchestra of the Municipality of Menemeni from 2008 to 2011. He was a professor and head of the theoretical department at MMF Northern Greece Academy from 2014 to 2017. The years 2015-19 was in charge of the Department of Traditional, Folk and Byzantine music of OBE.

He has won awards in composition competitions and several concerts with his works for solo instruments, chamber music, vocal music, choral, orchestral, film music and children’s operas, in classical, traditional, jazz and modern style (since 2003).